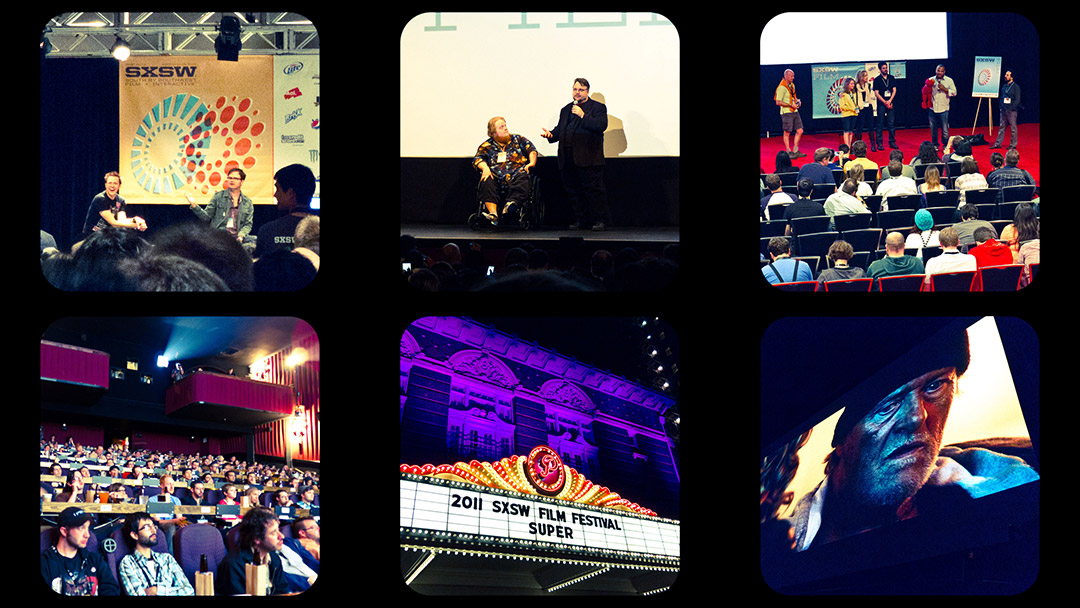 For the second year in a row Art of the Title served on the jury for SXSW's Excellence in Title Design competition, allowing us to share the stage with a terrific group of designers and producers.

The evening event started with our previously mentioned A Brief History of Title Design video, led in to IFC's Matt Singer and Stephen Saito discussing five sequences from their recent "The 50 Greatest Opening Title Sequences of All Time" article - Vertigo, Fahrenheit 451, Saturday Night Fever, The Naked Gun and Watchmen - and then finished off with a viewing of the 17 nominations for the year, listed below.

After the screening we retired next door to the Hilton bar where we fairly quickly came to an agreement on the jury choice for this year. On an unrelated note our gathering was also interrupted numerous times by local talk radio host Alex Jones (he "happened by" to visit Tommy) and ended with Kurt leaving for the Highball bowling alley to do karaoke with Jon Hamm (aka Don Draper of Mad Men).

The following evening it was then Kurt's pleasure to present Blue Valentine with the 2011 Jury Award, and more remarkably the popular-vote Audience Award, for Best Title Sequence. The film's editor and title designer Jim Helton wasn't able to attend unfortunately but we messaged him during the event and he was thrilled to learn of the win.

A huge part of the festival are the films, both large and small. A brief rundown of our favorites:

As with last year we was able to attend some great panels, some great short films, meet some great people and eat a lot of great food. We can't wait to return.