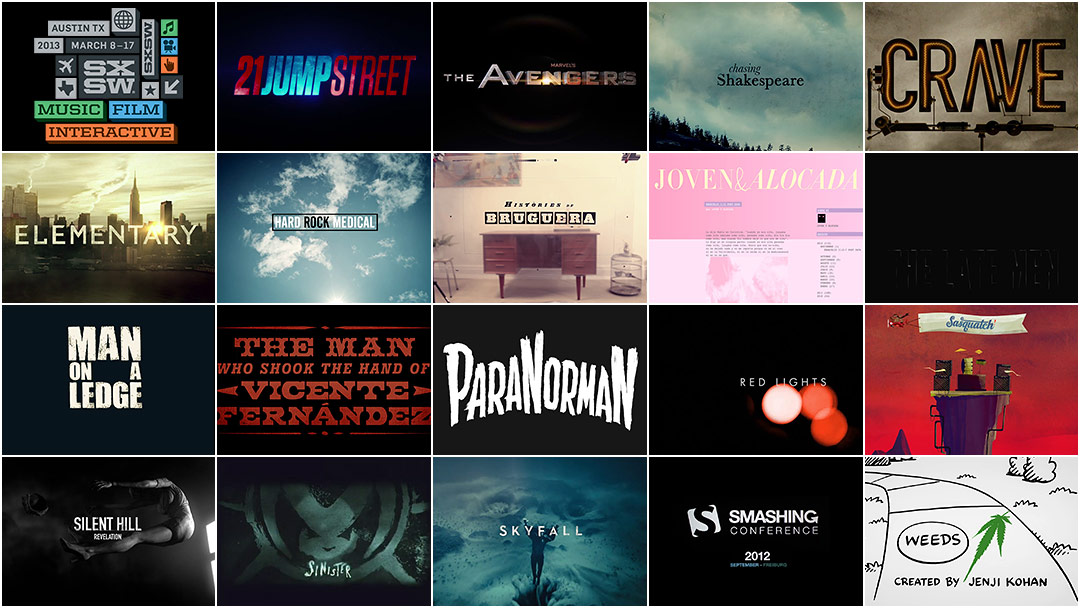 We're happy to announce that next week, Art of the Title returns to Austin, TX for the 2013 SXSW Film Design Awards. Editor-in-Chief Ian Albinson will again be a juror, and joining him this year will be Paul Babb, President/CEO of MAXON Computer, Inc., and Designer Kurt Volk (also a returing juror) from the Austin-based Troublemaker Studios.

The title design screening will take place Monday, March 11th, at 9:30pm in the Vimeo Theater and will showcase this year's 19 finalists (also viewable below). In addition, Ian will be hosting a conversation with Title Designer Jay Bond of Oily Film Company, whose work on the Les Bleus de Ramville titles took the top prize at the 2012 awards.

Please join us if you're attending the festival this year and say hello!