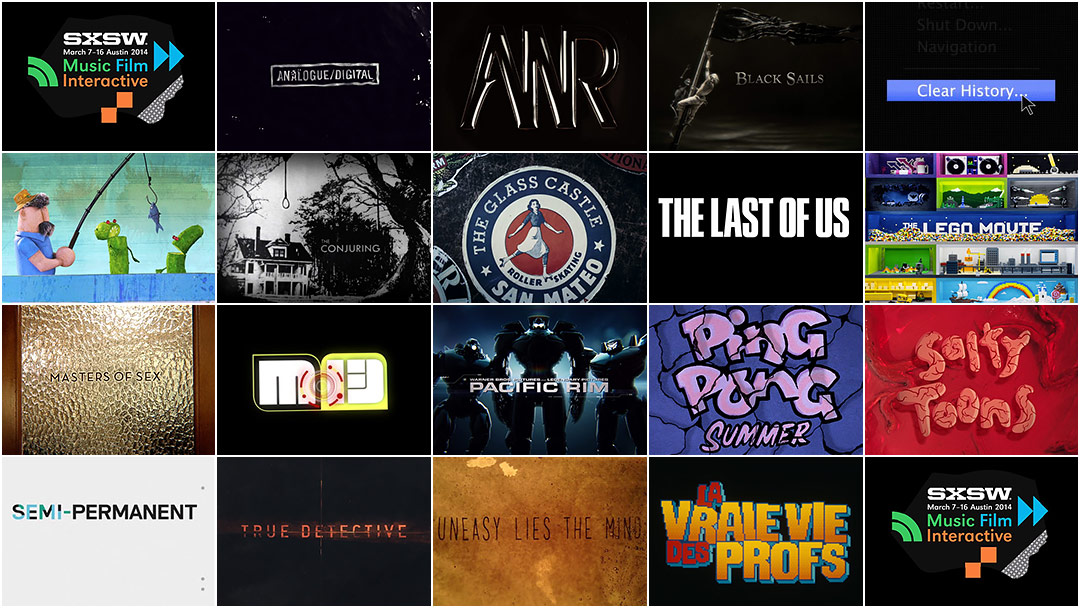 For the fifth year running, Art of the Title returns to Austin, Texas for the 2014 SXSW Festival, and the Excellence in Title Design Awards

The event will begin with a presentation from Art of the Title's Senior Editor Will Perkins and Managing Editor Lola Landekic on the history of title design in Hollywood, the emergence of titles in video games, and how games use the visual language of film to introduce players to virtual worlds, characters, and stories. In addition, film and video game title designer Henry Hobson (a 2014 finalist for The Last of Us) will join Will and Lola for a short Q&A.

Founder and Editor-in-Chief Ian Albinson will once again act as a juror for the title design competition, and joining him this year as fellow jurors will be Pamela Green, a co-founder, producer, and creative director at PIC Agency, and Yen Tan, a filmmaker, copywriter, and graphic designer.

The Title Design Screening will take place Sunday, March 9th, at 4:30pm in the Vimeo Theater and will showcase this year’s 18 finalists (viewable below).

Be sure to add the screening & discussion to your schedule here.

Please join us if you’re attending the festival this year and say hello!

The 2014 Finalists for the Excellence in Title Design Awards: