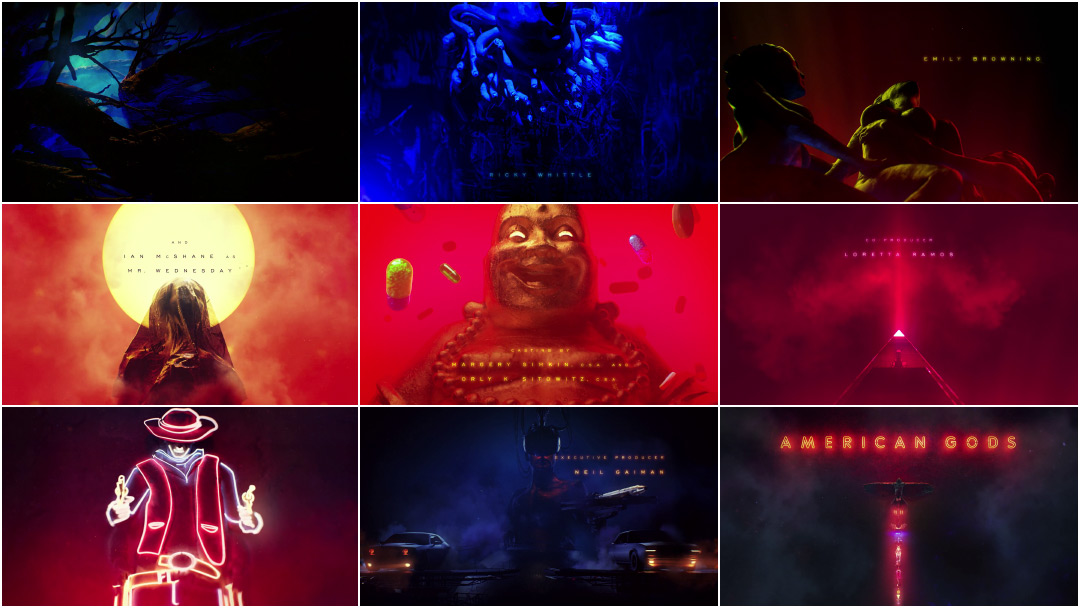 Told through the point of view of an ex-con named Shadow Moon, Starz’s new series American Gods tells the story of a battle brewing between the new gods and the old. Developed by producer and screenwriter Bryan Fuller (Dead Like Me, Hannibal) and writer Michael Green (Heroes, Logan), the series translates Neil Gaiman’s fantasy novel of the same name into a psychedelic spectacle of deities and devils.

The opening title sequence sets up the show’s polychromatic and surreal world through iconography both modern and ancient, dousing classical artefacts, religious symbols, and modern technology in fuchsia and azure, chartreuse and crimson. The mood, musical theme, and pacing of the opening sequence is more than a little reminiscent of the titles for The Girl with the Dragon Tattoo, directed by Tim Miller. The theme music by Brian Reitzell for American Gods seems to echo Trent Reznor and Atticus Ross’s take on Led Zeppelin’s “Immigrant Song”. Even the vocals bear a resemblance to Karen O’s discordant howl. Still, the sequence is a stunning vision and a powerful herald for an ambitious series as well as a prime monument to the current era of title design. 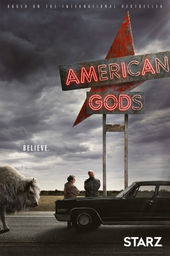