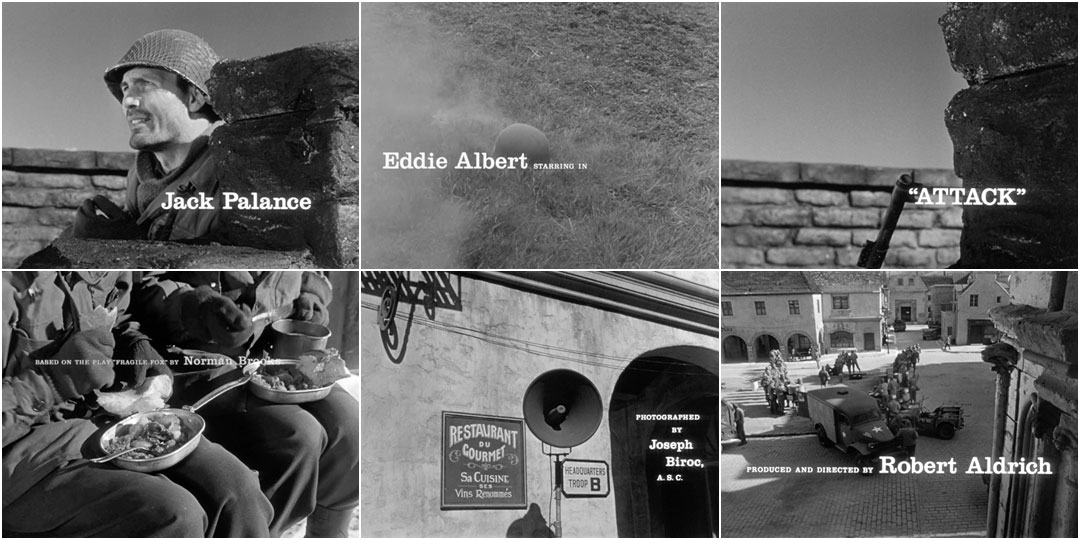 Author Pat Kirkham discusses the opening titles for Attack, from her authoritative book Saul Bass: A Life in Film and Design.

For this title sequence, Saul created a montage of off-duty soldiers relaxing in a near-deserted Belgian village during World War II. It cuts in after a dramatic live-action opening in which sixteen men are slaughtered. The segue to the titles features the helmet of a dead soldier rolling down a  hill. It stops at a spot where a solitary daffodil grows and fades neatly into the circular mouth of a loudspeaker broadcasting swing music.

Saul's stylish sequence uses the beat to focus on close-ups of men walking, eating, stamping their feet, sitting on steps and warming their hands over a brazier. The sequence closes with the same circular form of a loudspeaker, from which a woman's voice from Armed Services Radio announces, “That's all for today fellas goodbye.”

The release of Attack was announced in the Hollywood Reporter in an unprecedented ten-page advertisement designed by Saul, which itself reads as a moving sequence. Each double-page spread features the same blood-red still with men in combat gear moving across the frame, while the credits unfold in clear type within bullet-like white circles. 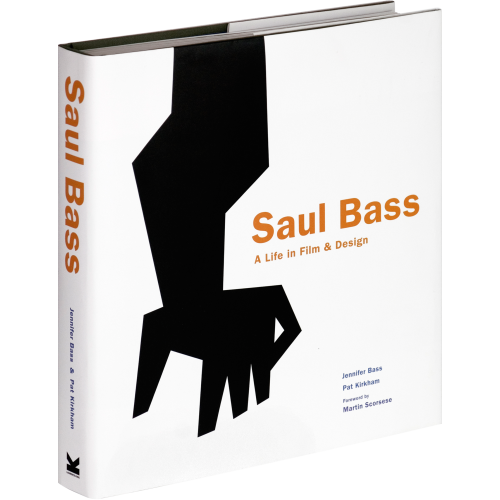 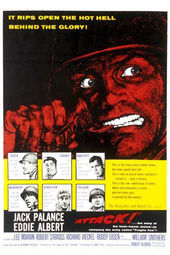