Title Designer KARIN FONG talks about working on Bedazzled in this excerpt from our feature on Boardwalk Empire:

Working on the opening to Boardwalk Empire reminded me of when I worked on the film Bedazzled, using a similar technique, but for a totally different comedic effect. We had Brendan Fraser slow down his walk while crowds walked normally around him and we readjusted the playback speed so it looked like he was at a normal pace and everybody else was zooming by him.

For [Boardwalk Empire's opening titles], we imagined the effect on an epic scale, shooting motion control crane plates that would give a wide view of the boardwalk below.

Music: "Just The One (I've Been Looking For) by Johnnie Taylor 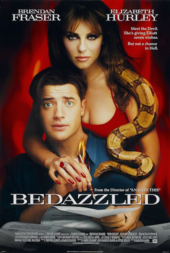