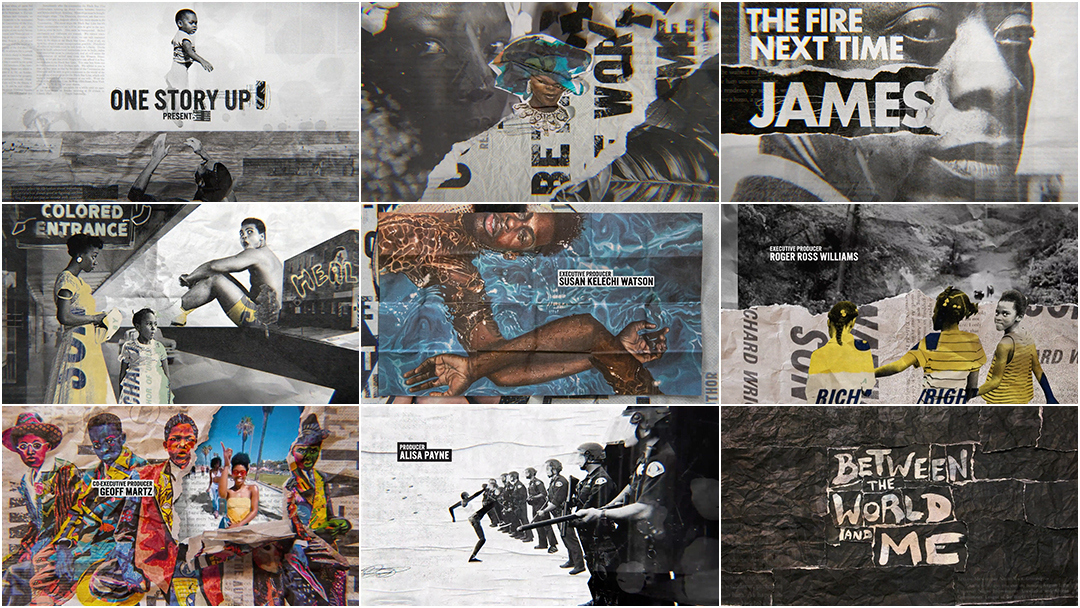 Brisk and brimming with energy. So begins Between the World and Me, the HBO special based on the adaptation and staging of Ta-Nehisi Coates’s non-fiction book of the same name.

Produced by creative director Hazel Baird, art director Diego Coutinho and a team at studio Elastic, the special’s opening titles set up Coates’s experiences growing up in inner-city Baltimore and explore issues surrounding Black life in the United States. Coutinho drew inspiration from Coates’s books (the cover art for Between the World and Me makes an appearance along with work by painter Calida Garcia Rawles, who created the artwork for his 2019 novel The Water Dancer), as well as the texture of paper, layered and torn, and the watercolours of Molly Crabapple, whose illustrations appear in the film proper.

Director Kamilah Forbes urged an interplay between scenes of suffering and scenes of affection, beauty, and art, as well as the inclusion of more books. Look closely and spot Toni Morrison’s Song of Solomon, Richard Wright’s Native Son and Frantz Fanon’s The Wretched of the Earth. Set to the rousing second verse of Black Thought & Salaam Remi’s “Soundtrack to Confusion,” the titles are a bustling collage of documentary and archival footage, paste-up and stop-motion, and excerpts from Coates’s work. The resultant sequence is an exuberant march through time and space, a scrapbook pulsing with pain and pride. 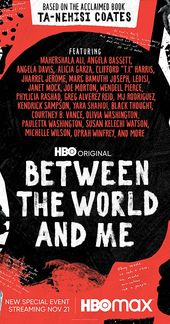