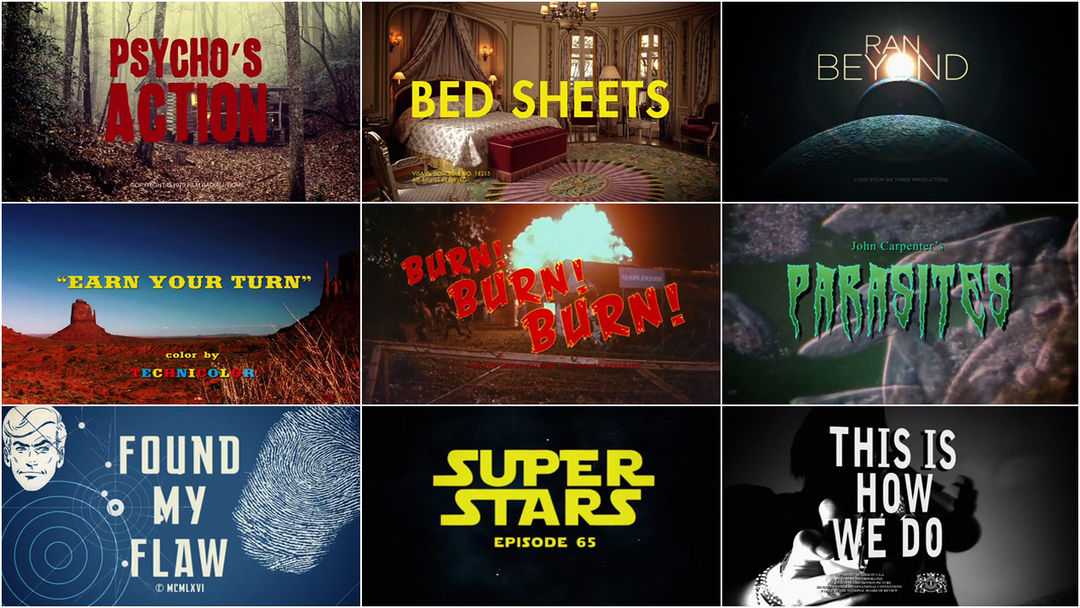 A steady beat of stadium claps sets the stage for Buck 65’s gravelly voice as he weaves a miscellaneous lyrical list in the first verse of his track, “Superstars Don’t Love.” Simultaneously, Travis Hopkins’ fictional title cards stream forward in a blitz of elegant homage. These 69 individually-crafted title cards salute films like 2001: A Space Odyssey, Wild Style, Fear and Loathing in Las Vegas, The Royal Tenenbaums, and others, turning Hopkins’ clear enthusiasm for film and typography into a charming panegyric in the style of the masters.

Designer TRAVIS HOPKINS details the creation of the music video for us.

TH: I've been working in the motion graphics design world for eight years. In that time, I've done my fair share of kinetic type animations. Often clients want nothing more than a bold Helvetica font flying and spinning around the screen. With "Superstars Don't Love," I wanted to show that kinetic type animation could be more about design than just your average "see and say."

I was listening to "Superstars Don't Love" by Buck 65 on my iPod and was immediately inspired by the flow of the lyrics. I'm a huge fan of movie title and poster design from the '70s and '80s and thought this would be the perfect match for a video.

I began by collecting reference material from books and the web, especially Christian Annyas' Movie Title Stills Collection which spans from the silent film era to present day. I then took the song lyrics and started applying specific movie genres that related to the lyric itself. I worked in sequence, often going back to tweak or re-do some of the cards I didn't feel were up to par.

I used Photoshop and Illustrator to design the title cards, and After Effects for all the animation. The video is also made up of a collage of public domain movie clips, stock photographs as well as footage and photos I shot myself. In total the project took about 140 hours to complete over the span of two weeks.