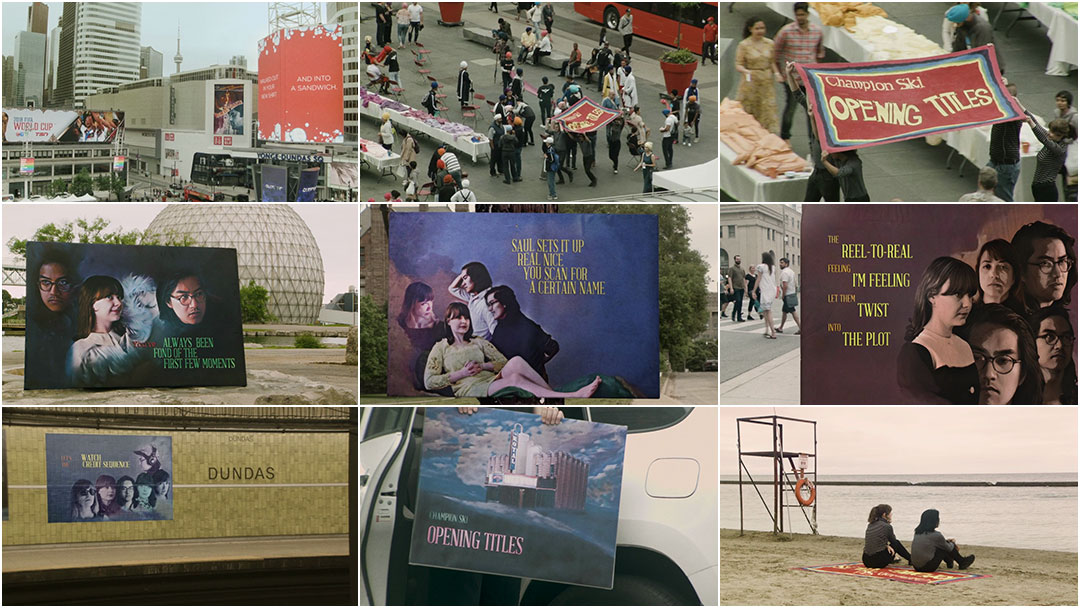 Beginnings are the best. It's the time when your curiosity is aroused and things feel fun, fresh and different. Like the cover of a book or someone’s dating profile, title sequences are designed to be just such a beginning, a winning first impression. They say don’t judge a book by its cover, but isn’t that the whole point?

The lyrics of “Opening Titles”, a new song by Toronto band Champion Ski, connect the idea of films and flings. We’re all fond of those first few moments, but fear that disinterest may sooner or later set in. As an ode to beginnings – both on screen and off – the “Opening Titles” music video pays homage to one of the band’s favourites: the title sequence for the 1970 James Ivory film Bombay Talkie – and it’s an impressive impersonation. Songwriters Brian Vendiola and Cosette Schulz discovered the sequence via composer Shankar Jaikishan's "Title Music", which filmmaker Wes Anderson repurposed for The Darjeeling Limited in 2011.

“Out of curiosity, I googled the movie to see how the song was used in the original,” Vendiola says. “Sure enough the opening sequence for Bombay Talkie appeared, and I fell in love with it. I love how it's all practical and yet very simple. It gives you a sense of the city these people lived in. Even without the song, I find it to be a very relaxing sequence.”

To recreate the sequence for the music video they used a combination of subtle digital effects – compliments of the video’s director of photography Jared Raab, an integral part of the camera team behind Nirvanna the Band the Show – and old fashioned arts and crafts.

“I painted the ‘rug’ that we run with at the beginning on the floor in a room of my old apartment,” Schulz says. “To make the ‘paintings’ you see in the video, Jared photographed us in our living room and I edited them to match the original oil paintings from Bombay Talkie. We printed them out and posted them onto foam boards. All but three posters are practical but you'll have to guess which ones!”

To match the typography Schulz used What The Font to track down close matches to the type used in the Bombay Talkie posters. “I was honestly surprised a) that a program like that exists and b) that it managed to find something similar to the hand-painted original typography from a 1970s Bollywood film!”

The video’s biggest challenge and happiest accident occurred while capturing the opening shot at Toronto’s busiest intersection: Yonge and Dundas.

“The opening shot at Yonge-Dundas Square was probably the most challenging part of this,” Vendiola recalls. “A lot of it had to do with coordinating with Jared, who was filming from the Jack Astor’s restaurant patio up high, but also having to run through an unexpected Sikh festival that was happening when we arrived. They were incredibly nice about it though and we were able to run shot a few times.”

“That was a hilarious coincidence,” Schulz says. “Showing up at the Square and seeing them offering turban tying in celebration of Sikh awareness. The Turban Up! festival was so colourful and they were serving incredibly delicious food – for free! Seemed too good to be true, really.”

For the video, the song’s lyrics cleverly stand in for cast and crew credits, creating a lyric video that couldn’t be more different than the lifeless ones that populate YouTube. It’s about what you’d expect from a group of musical cinephiles who got their name from the 2014 Swedish film Force Majeure.

“We’ve always wanted to be in a band and I feel like one of the many things that was holding this back was a name,” Vendiola says. “But after a funny French photographer in the movie blurted out the words ‘Oh, champion ski!’, we for some reason thought that that was it.”

Champion Ski are currently in studio working on new music which you can expect later in 2018. 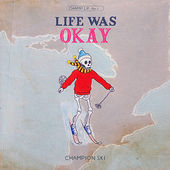