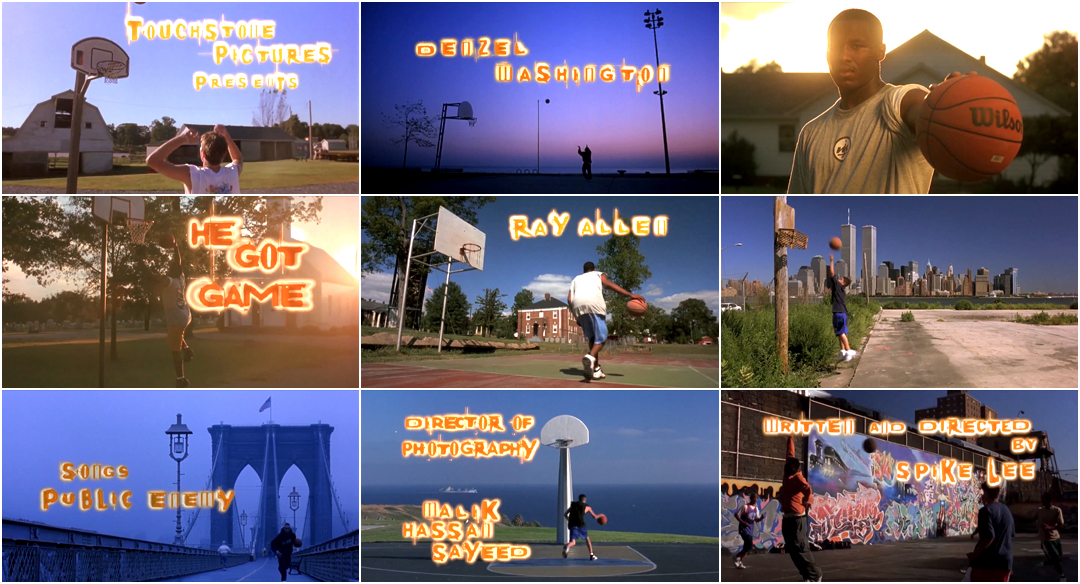 In Spike Lee’s opening sequence to He Got Game, basketball is the myth, the great leveller, the new American dream. The combination of Malik Hassan Sayeed’s stunning cinematography and the grand orchestration of Aaron Copland’s “John Henry” takes the game to new heights. In using the slow, portentous music of Copland, Lee aligns his film with the American heartland, making the point that basketball is as American as cowboys and apple pie. The piece, dramatic and grave, underpins the action, lending the scenes of play a sense of burden, a great weight.

But what is it about sports in slow motion that gives it such elegance, such strange beauty? The emphasis of the physical form draws us in and the large movements, broken down into their smallest gestures, become a languorous ballet.

Even the typography, orange and glowing, is on the move. Created by design duo Balsmeyer & Everett and with animation from Gray Miller, the type is scratching and jittery, like it can’t decide what shape it should take, what place it should inhabit. The still shots of players, their fixed stares punching deep into the viewer, lay bare the humanity behind the sport, behind the aspiration to greatness in a jungle of steel and concrete. For Spike Lee, basketball is the game, and New York its greatest arena. 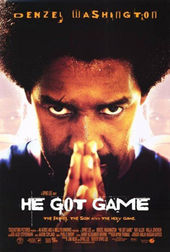