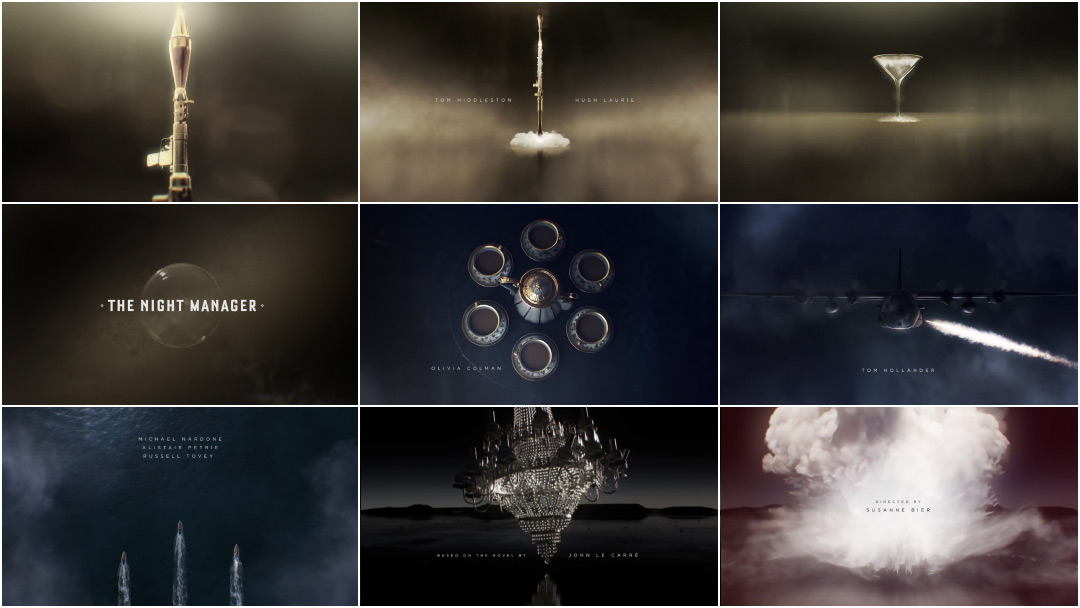 Since 1993, when John le Carré’s novel The Night Manager was first published, at least two film companies have tried and failed to bring this story of espionage and international arms dealing to the screen. Finally, in early 2015, it was announced that a new screen adaptation had gone into production, and this time it would give the story the time and format it required: a six-hour miniseries co-produced by BBC and AMC. Adapted by David Farr to take place in the present day and directed by Danish film director Susanne Bier, the serial revolves around a hotelier (Tom Hiddleston), who is recruited by British Intelligence to infiltrate the inner circle of an arms dealer (Hugh Laurie).

Elastic’s title sequence to the series is a beguiling gateway to a world of untouchable refinement, fluid and sharp. Nothing is what it seems, and everything shifts its shape. The movements are sleek and cold, precise and seductive. A gilded rocket launcher becomes the stem of a martini glass, an array of teacups transforms into the barrels of a rotary cannon, diamonds are bombs, ships are champagne bubbles. By the time the title sequence is finished, the stage is set for a tale of spycraft and betrayal. 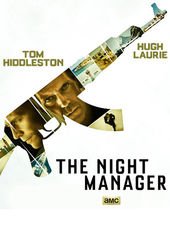