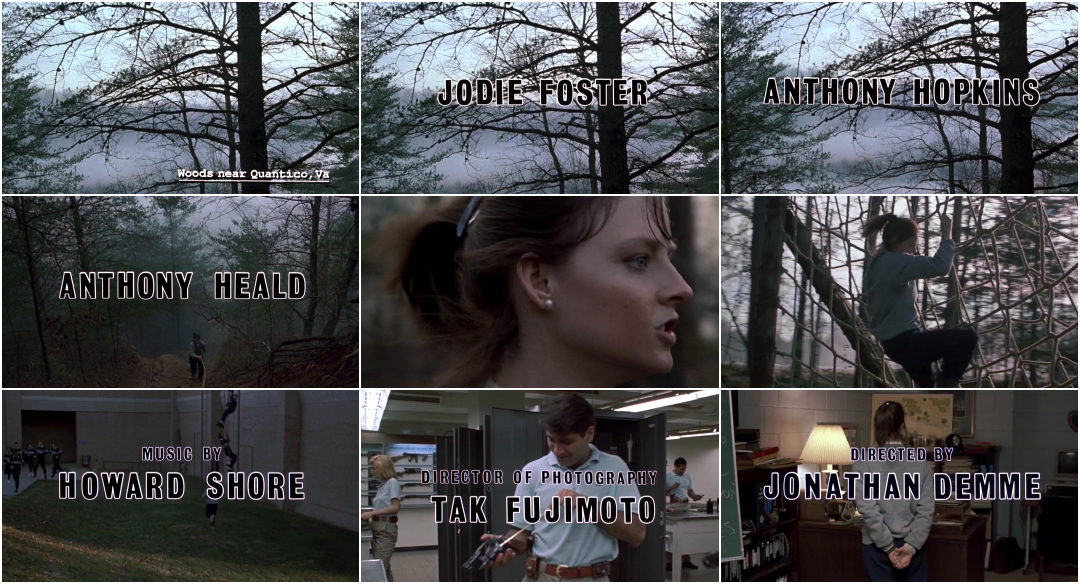 Jonathan Demme’s The Silence of the Lambs (1991) begins like a Gothic horror movie. With towering trees and a heaping dose of fog, Demme and cinematographer Tak Fujimoto convey a sense of haunting with their very first images. These touches evoke Roger Corman’s Edgar Allan Poe films of the 1960s like House of Usher (1960) and The Pit and the Pendulum (1961) which were exaggerated and experimental but precise due to their small budgets. Demme got his start making films for Corman (who has a small role in the film) and he cut his teeth on those same small budgets and those lessons of precision. In the opening moments of The Silence of the Lambs a tone of almost mythological terror is suggested, but the hero is not a dashing prince of the sort found in fables or a senior investigator in the mold of Clint Eastwood.

In an interview about the making of The Silence of the Lambs on the DVD release Jodie Foster says that she was initially drawn to Clarice Starling because she felt a magnetic pull to the character. Foster grew up reading countless stories of “the prince entering the forbidden forest to slay the Minotaur and save the princess.” In The Silence of the Lambs, the tables are turned and the hero, in the metaphor, is a woman – and one who is still learning how to fight the demons of the world.

Foster had made an early habit of playing tomboys and other girls who weren’t afraid to get their hands dirty and Clarice Starling is the natural evolution of those characters. Foster stated in a 2018 interview with the BFI that she liked playing Starling because she was both the “hero and victim at the same time.” Starling could relate to the murder victims in a way that a male detective couldn’t. The Silence of the Lambs is definitively female in its choices of form, even in this opening title sequence, because it immediately forces us into Starling’s shoes, sometimes literally aligning the viewer with her eye level. Viewers are asked to identify strongly with Starling and it is her experiences as a woman which dictate the narrative path of the film. As Jodie Foster says: “If the character were Carl Starling, it would be a completely different film. It would lose its specificity.”

Foster does all of her own stunts in this opening sequence. Various tracking shots chronicle her movements as she uses a rope to climb a steep dirt hill, sprints down a path and scrabbles up a rope wall.

Her training is interrupted when she’s told she’s needed at headquarters. The messenger watches her leave with what appears to be a paternal look of concern for the young agent.

Starling has her hair tied up and wears a sweatshirt, tennis shoes and track pants. There’s nothing in the way of glamour here, only the most functional, training-appropriate clothing.

She’s caked in sweat; there’s a ring of perspiration around her neckline and her face is flushed and dewy. It’s all played with a matter-of-fact tone that grounds the action in reality. It’s just part of the job.

One of the most significant images in the film appears when Starling gets back to headquarters and boards an elevator. Because Demme wanted to designate – through casting and through camera angles – how she would move through the world, he worked with casting agent Howard Feuer to find men who could tower over Foster, who was 5’3”. When she enters the elevator Starling is only as tall as the shoulders of the men.

This image heightens the film’s female point of view as a tangible, physical reality of the character, creating a clear sense of vulnerability and a relation between the audience and Starling.

While Starling makes her way through the woods and through the halls of FBI headquarters, large black credits block out portions of the image. Created by designer Tibor Kalman’s studio M & Co., the credits feature subtly inconsistent kerning and placement. The heavy jet-black letters and thick white border lend the sequence a distinct gravity, pulling attention from the action of the scene with a formal unease.

The slight imbalance in the letter spacing has an almost subliminal effect, introducing something barely there, something just below the surface.

These heavyset, outlined, all caps credits superimposed over a woodland scene seem to recall those of the wildly popular series Twin Peaks, also featuring an FBI investigator, which debuted on television the year prior.

While in Twin Peaks there’s a good-natured, gentle quality to the introduction of special agent Dale Cooper (Kyle McLachlan) – the kooky green of the typography coupled with his abiding love of pie and admiration for Douglas firs – none of that can be found in the punishing letters and brambled trees of Clarice Starling’s world at the FBI.

This opening journey from the haunted forest and into the heart of the FBI is the film – and Starling’s odyssey – in microcosm. For Starling, this moment of training is practice, a physical and mental girding, for the harrowing investigation to come. To use Foster’s own take on the story: Bill is the Minotaur and the kidnapped girl Catherine (Brooke Smith) is the Princess. Starling will see horrors and face monsters but she can climb the hills and brave the fog. She will be surrounded by men, some of whom are vile, and she will refuse to shudder. She is strong enough. The opening scene is unsentimental in that belief and gives viewers a window into the world that Starling has chosen to call home. She can be the hero she so desperately wants to be because some part of her already is. It won’t be easy, but then nothing ever has been for women who blaze their own path out of the forest. 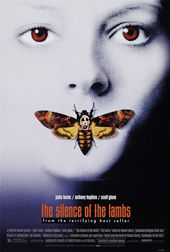