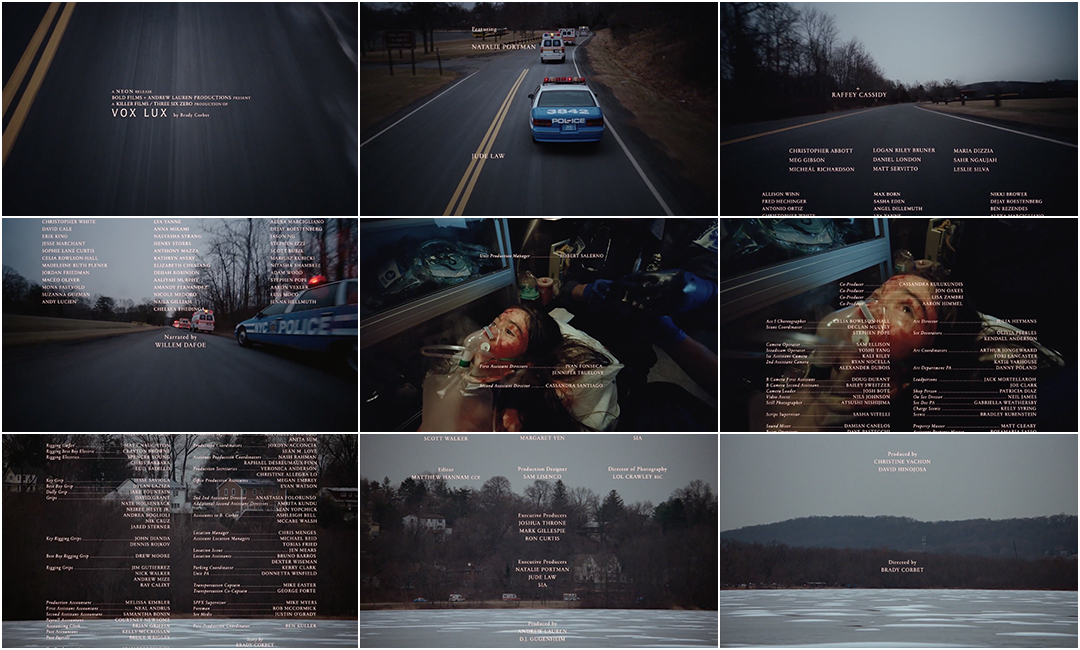 In the opening segment, “Prelude 1999,” it’s the end of the millenium and 13-year-old Celeste (Raffey Cassidy) is in middle school, just one of many students bustling into class. What comes next is a bleak, terrifying affair and the origin story of a pop idol: a boy enters the room and begins shooting, killing the teacher and several students and seriously injuring Celeste. As an ambulance carries her, wide-eyed and immobilized, through the wintry Staten Island landscape, the title appears, small and unremarkable, followed by a credits roll that inches slowly upwards. The credits keep coming, creating a shield of names over Celeste; a bodyguard of text. This credits crawl, normally rolling downwards and reserved for the end of the film, was designed by Chris Taylor (who also created stage graphics that appear later in the film) with direction from Corbet. The urgent choral score by Scott Walker gives the scenes heft while cinematography by Lol Crawley, shot in a tight 1.66:1 aspect ratio and on Kodak 35mm, moves from vehicle mounts to handheld to a pan and zoom out, providing both intimacy and steely distance. The sequence stands apart, the unusual motion and density of the credits creating space between this teenage trauma and the troubled, glittering star Celeste will become.

Later, when the closing title card appears at the end of the film, it’s bright and modern, the text large and in charge, and a fitting mark for Celeste’s brand, now fully formed. 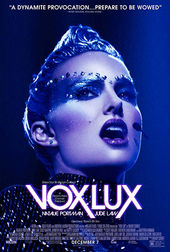