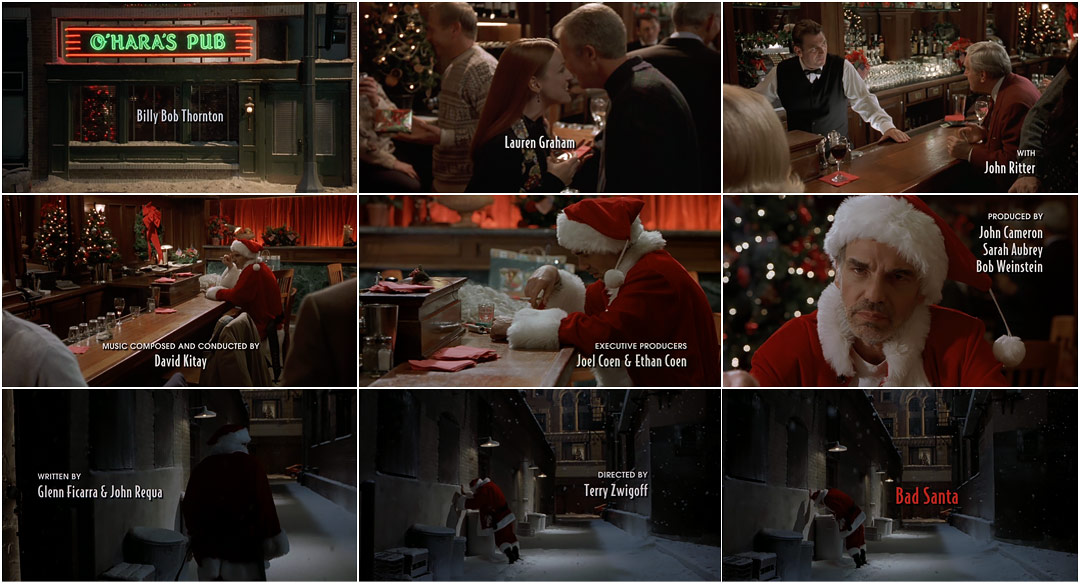 Rarely in mainstream cinema have we been privy to such an endearing onslaught of incontinence, misanthropy, alcoholism, sex, and salty language, but in 2003's Bad Santa, director Terry Zwigoff pulls it off with style.

In the opening, a simple type-over-scene sequence designed by Deborah Ross Film Design, Billy Bob Thornton is exceptionally loathsome, repugnant in a manner far beyond the capacities of most mortals. Where the sequence really shines is in its use of Chopin's soaring "Nocturne No. 2 in E-Flat Minor, Op. 9 No.2," which rises in graceful climax to accompany one final, majestic barf.

HELP KEEP ART OF THE TITLE GOING. BECOME A PATRON THROUGH PATREON. 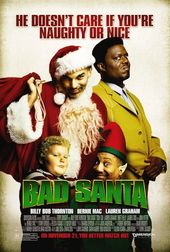