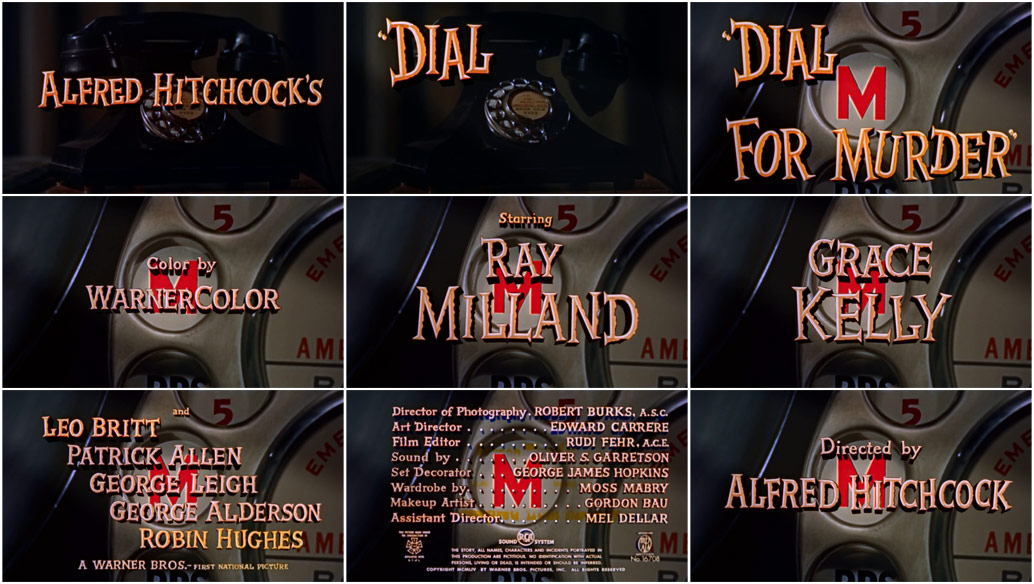 Fresh off the successes of Strangers on a Train (1951) and I Confess (1953), director Alfred Hitchcock was poised to begin production on his voyeuristic thriller Rear Window. But a combination of poor timing and a gimmicky new trend sweeping Hollywood – the 3D movie – conspired against the filmmaker. The surprise success of 1953’s House of Wax prompted studio Warner Bros., who had Hitchcock under contract at the time, to push a number of 3D movies into production, one of which was Dial M for Murder.

Based on Frederick Knott’s stage play of the same name, Dial M for Murder follows an ex-tennis pro (Ray Milland) who conspires to have his wife (Grace Kelly) murdered after discovering she is having an affair. The crime thriller is notable for being Hitchcock’s first and only stereoscopic 3D film (although it played mostly in traditional 2D during its theatrical run), as well as his first widescreen picture. It was also the first Hitch film to feature Kelly in a lead role.

When people think of Hitchcock’s title sequences, they rightfully recall his celebrated collaborations with title designer Saul Bass. But though the director’s pre-Vertigo opening sequences may have lacked the sophistication of Bass’ early output, they were always finely considered pieces that were integral to the film as a whole.

Hitch – who began his film career as a title designer – always recognized the value of strong, thematically appropriate typographic choices and opening sequences that set the scene. The director’s films nearly always featured distinctive title cards and mood-setting credits, and Dial M for Murder was no exception. Here, a slanting serif typeface paints a picture of a marriage gone wrong, the jagged edges evoking the blade of a well-worn knife. The fitting backdrop for the opening is the dial of an old-fashioned rotary telephone, a large blood red “M” replacing the number six. In true Hitchcockian fashion, the phone used for the sequence is not quite what it appears to be. The cumbersome 3D camera system used for the film made extreme close-ups impractical, so Hitch commissioned the construction of an enormous, four-foot-tall prop telephone to be used for specific shots. The same oversized phone is used later in the movie – complete with giant fake finger – when Milland’s character makes a pivotal call. Hitchcock, as one might expect, was not a fan of the 3D, saying famously, “It's a nine-day wonder, and I came in on the ninth day.”

The most unsettling element of the Dial M for Murder opening is almost certainly composer Dimitri Tiomkin’s main title theme. Save for the twisting, whirling xylophone notes present in the introduction, Tiomkin’s composition is very much a classic golden age Hollywood score, broad and romantic, standard for the era but completely at odds with the film’s dark subject matter. Whether this was a deliberate choice to subvert audience expectations or simply Hitchcock deferring to the studio’s musical preferences is unclear, but the contrast creates a chilling effect. 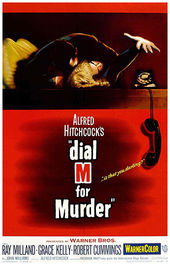