Titles and Opticals by: Pacific Title

Music:
"The Honeymoon is Over"
Performed by The Cruel Sea
Written by Danny Atkins, James Cruickshank & Tex Perkins (as Gregory S. Perkins)

"Til I Hear It From You"
Performed by Gin Blossoms
Written by Jesse Valenzuela, Robin Wilson & Marshall Crenshaw 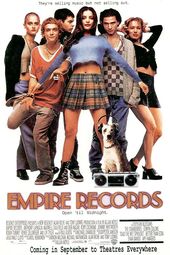