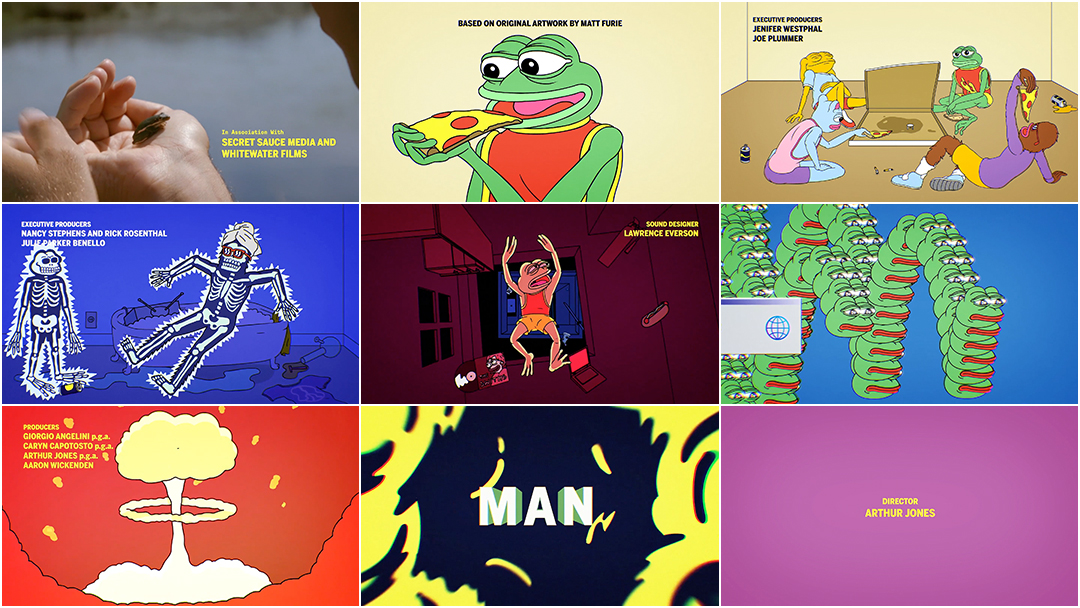 Artist Matt Furie grew up drawing cartoons, particularly frogs with prominent, anthropoid faces. In 2005, he published Boy’s Club, a comic featuring a cast of gangly goof-offs, among them a frog named Pepe who became a messageboard in-joke and then an Internet sensation.

Spreading like wildfire from Myspace to Tumblr to 4Chan, Pepe became a symbol of hate used by various far-right and white supremacist groups in the mid-2010s.

Fast forward to 2020. Director Arthur Jones’ doc Feels Good Man tells the story of the amphibian’s appropriation, its effects on Furie and our current meme-infused culture. Spectacular segments of animation by Jones, Jenna Caravello, Nicole Stafford, and Khylin Woodrow bring Pepe to life. Beginning with the opening titles, the animation gives the film a jump-start and establishes a visual language that moors the picture in a bright and bizarre reality. The opener features bold title type, rich colour and “a whiz-bang crescendo,” to borrow the words of Louise Sandhaus, one of the panel judges for Art of the Title’s Top 10 Title Sequences of 2020.

The film is capped off in style, too, with a closing animation to match: Pepe dives away in a totally zen sunset send-off. Ultimately, the titles are a wonderfully accessible, inviting and joyful introduction to a far-reaching and powerful cartoon phenomenon.

Based on Original Artwork by: Matt Furie 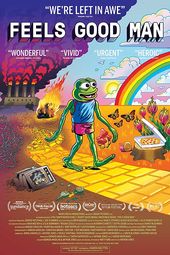