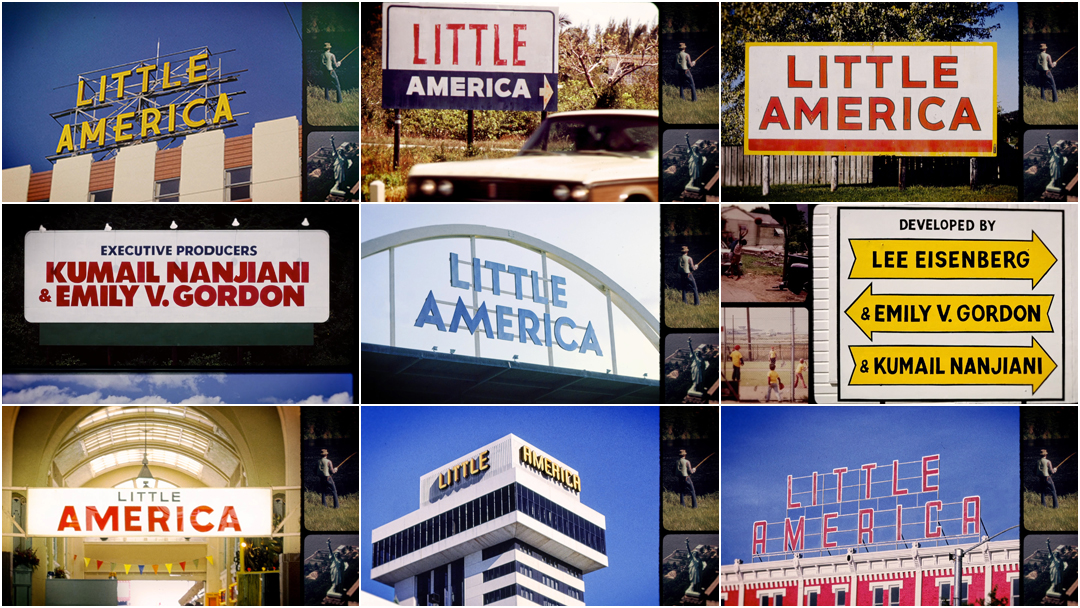 Little America, one of this year’s many offerings from Apple TV+, showcases eight intimate portraits of the immigrant experience in the United States spread across the 70s, 80s, and 90s. The big-hearted anthology series is written and executive produced by Lee Eisenberg (The Office), who serves as showrunner along with Sian Heder, and developed by writing duo Kumail Nanjiani and Emily V. Gordon (The Big Sick), also executive producers on the series.

Each episode opens with classic visions of small-town Americana. For the titles, designer Teddy Blanks places the names of the crew and cast (largely as-yet-unknown actors) into vintage scenes: highway billboards, store signage, the side of a wagon, a gas station A-frame, integrating each name into the scenery like it was there all along.

The names and the signs change with each instalment and are paired with episode-specific music, often a cover of an American hit. Episode two features a cover of Lauryn Hill’s “Doo Wop (That Thing)” by Quantic and Anita Tijoux, while episode six features “Bang Bang (My Baby Shot Me Down)” written by Sonny Bono sung in Mandarin by Hong Kong actress Betty Chung. Altogether the effect is that of a much-loved photo album, an insistence that all of the people who live in a nation form its whole. 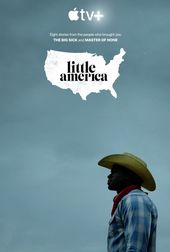