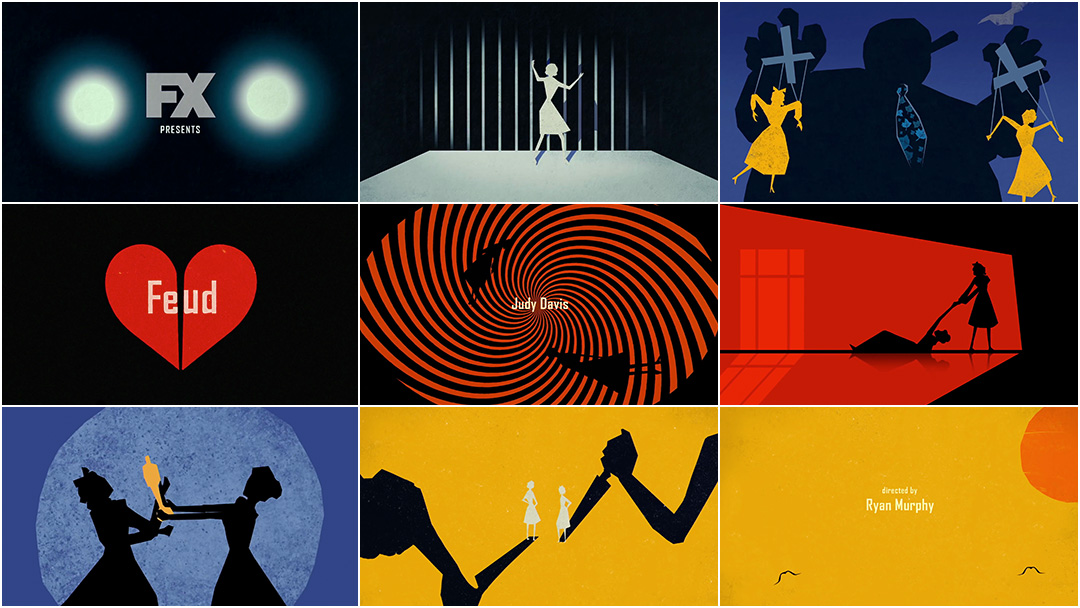 After numerous Emmy-nominated collaborations on the American Horror Storyseries, television producer Ryan Murphy and title designer Kyle Cooper of studio Prologue reteam for Murphy’s latest anthology series: FEUD: Bette And Joan — a dramatization of the events surrounding the production of the 1962 film What Ever Happened to Baby Jane? and the infamous behind-the-scenes rivalry of stars Bette Davis and Joan Crawford. Set in the 1960s, FEUD’s highly stylized animated opener takes cues from the era in which it is set, in particular the title design of Saul Bass and the work of director Alfred Hitchcock. The sequence, which also owes a stylistic debt to Kuntzel + Deygas’s handmade opening to Steven Spielberg’s Catch Me If You Can, features direct references to Baby Jane and several Hitchcock thrillers — most notably Rear Window and Vertigo. With multiple acts of attempted murder and mayhem, the sequence’s sinister undercurrents make it clear to viewers that the enmity between Davis and Crawford is far more than just professional or personal jealousy, it’s a true life or death struggle for these two Hollywood legends. 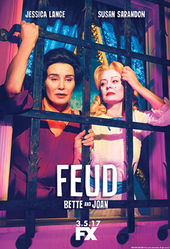